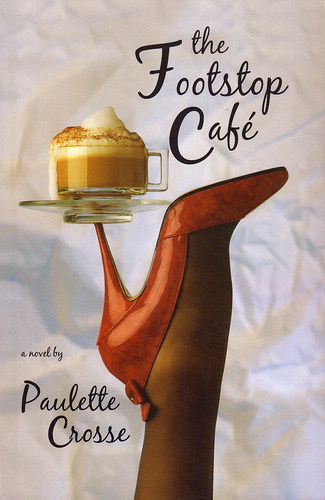 Run by Karen Morton, the eccentric, sex-fantasy-prone mother in a hilarious yet deeply troubled dysfunctional family in North Vancouver, the Footstop Cafe is a place to put your feet up near the beautiful but tragedy-plagued Lynn Canyon and its vertigo-inspiring footbridge. Its the canyon and the cafe that serve as the nexus around which Karens universe revolves. Things happen here. Amazing things.

Karens husband is a podiatrist with a foot fetish, her teen daughter thinks shes a lesbian but is afraid to confront the reality, and her younger son is given to bowel movements in closets and the building of bombs. Throw in Karens unconventional Anglican priest father and his Tibetan wife, a hairy, fat male belly dancer named Moey, a randy virgin high-school boy diver with Olympic ambitions, and a host of other quirky, unforgettable characters, and you have a literary novel that is at turns absurdist, touching, manic, and supremely irreverent.